Here's how On the Road (the novel and movie both) begins: "I first met Dean not long after my wife and I split up. I had just gotten over a serious illness that I won't bother to talk about, except to say that it had something to do with the miserably weary split and my feeling that everything was dead. With the coming of Dean Moriarty began the part of my life you could call my life on the road." In some ways, On the Road picks up where The Adventures of Huckleberry Finn leaves off, with Sal Paradise--the story's Kerouac surrogate--as a kind of Huck, who, ragged from adventures and travails of "civilized" society, lights out to the territories. For a work so remembered for its fireworks, for its freedom, this animating sense of everything being dead is often overlooked. How many people ask themselves after reading On the Road, "Well, was his feeling right? Was everything dead after all?"

Like most pubertal males of a certain temperament, I wolfed Kerouac in high school. For me, though, it wasn't so much the romance of being on the bum that cleaved me to his paperbacks--I was and still am fairly lazy and predisposed to certain creature comforts--but the gallop of his language, the beatific spit polish he could give to the stubbornest of life's turds. Some fifteen years later and I still haven't fully expunged the rambling, alliterative influence Kerouac had on my prose. My falling out with that particular generation came, I think, when I grasped the full scope and implication of these lives: Cassady passed out naked and died on some railroad tracks, Kerouac kicked it fat and drunk in his mom's trailer, Ginsberg lasted long enough to become a weird old supporter of NAMBLA; of all the Beats, it turned out to be William S. Burroughs who kind of got his act together. I guess I glommed onto the Beats because, through their living and their writing about their living, they seemed to be building toward some interesting (interesting to me at that age) marriage of art as living and living as art. For the most part, these projects led to some pretty repugnant, sad venues. When it came, my split from Ti Jean and his weirdo, beardy buddies was pretty acrimonious. I had loved him so stupidly, and so began to hate him with a similar blunt vehemence. 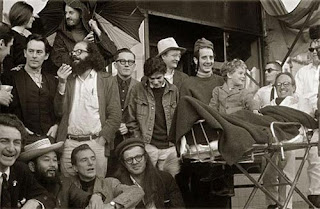 A few years ago, I conceived of and ultimately failed to put down an essay exploring how and why Kurt Vonnegut was better than Jack Kerouac. (Both men were the same age and managed to find a voice that the relevant generation had apparently been hearing in its head for some time, etc.) I hadn't read the King of the Beats since high school, so to strengthen myself enough to suitably drag such a giant over the coals, I reviewed that old drunk's bloated corpus. Ultimately, I quit the essay because Kerouac wasn't half-bad ("Wasn't half-good, either," goes the old joke). Kerouac's project was Proustian; he imaged a day when all his works would be collected as the Duluoz Legend. Read all together according to interior chronology, there's something finally heartbreaking about that Duluoz narrative. If Kerouac hit the road to prove (to himself only?) that everything wasn't dead, in some ways he travels all that way, all the way to Big Sur, only to find that that initial feeling was correct-ish. (A morose and maudlin reading, I know, and I can imagine there are not just a few Kerouac acolytes rolling their tattered scribble books, ready to whack me.) It strikes me now that the purple, wild, benny-driven work of Kerouac is finally quixotic, specifically Quixote-ish: an attempt to vivify a moribund culture. 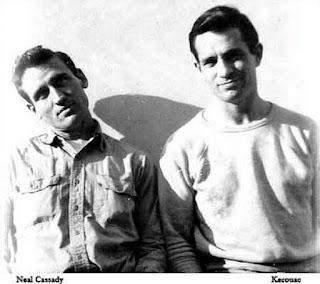 Because On the Road, as a fiction, is so specifically aligned with a just-as-famous biography, adaptation is a slick slope. In Walter Salles's take, Sam Riley is no Jack Kerouac, who was blockishly good-looking, swarthy, a former jock. And Garrett Hedlund is no Neal Cassady, who looked like a stuntman capable of landing Clarke Gable-type roles if it weren't for the untethered, wily look in his eyes. But this isn't a movie about Jack and Neal; it's about Sal Paradise and Dean Moriarty. Sam Riley as Sal comes across as Kerouac might have felt about himself, slight and bashful, more outside than in. And Garrett Hedlund, as Dean, is the tousled-haired, man-boy heartthrob who enchants and lets down everyone he meets. When the cast was revealed, there wasn't just a bit of objection to the choices. For me, though, the casting pointed towards the possibility that Salles' movie would be an adaptation of the book, not the lore.

On the Road doesn't scream out to be adapted. It's a bit Moby Dickish. Inasmuch as Melville's prose mimics the undulations of sea travel and his structure the spates of sheer boredom of the voyage, Kerouac's scrolling voice, the back-and-forthing of his characters, and some wholly skipable passages seem to reflect the hit-or-miss nature of hitchhiking; sometimes it's the most exciting thing ever, and sometimes you just wish it would end. Salles manages to capture this dichotomy without ever having it be laborious. His film is at times a fascinating run on sentence--a Kerouacian jag--with spates of manic, Beat-y socializing, interrupted by driving. Between one or the other, the road scenes become some of the most compelling elements of the film, or at least the ones that really deserve and are improved by being put on film. The Beat Generation parties feel familiar at this point, claustrophobic shindigs I've seen plenty of in documentaries and re-creations--though I'm sure others will get a real kick out of that stuff. But this is the first time the road, and the America on either side of it, has really been done justice. These landscapes were as much a part of that generation's charge as the cramped apartments, their vastness and their emptiness at once beautiful and lonely, and, as we know, somewhat doomed. 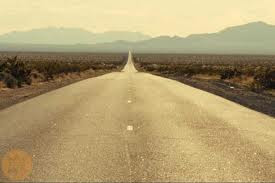 To return to Moby Dick, one of my favorite scenes in that book is when Ishmael first boards the Pequod and meets Captain Peleg, who questions the kid about his interest in whaling. Ishmael tells him he wants to see the world, so the old man instructs him to look over the bow of the ship, and to come back and tell him what he saw. I love this:

I perceived that the ship swinging to her anchor with the flood-tide, was now obliquely pointing towards the open ocean. The prospect was unlimited, but exceedingly monotonous and forbidding; not the slightest variety that I could see.

"Well, what's the report?" said Peleg when I came back; "What did ye see?"

"Not much," I replied—"nothing but water; considerable horizon though, and there's a squall coming up, I think."

"Well, what does thou think then of seeing the world?"

I don't know if fans of On the Road will love Salles's adaptation, but for my money it's about the best anyone could have done with that book. Inasmuch as this classic is about exploration--geographical, emotional, cultural, sexual--it's also about discovering that all there is is water out there. Salles captures the thrill of exploration, but also, more subtly, the sense that the more you see, the less there will be to see.

The movie ends as I guess it has to, with Sal writing his book, as Kerouac did, on a long scroll. It's a breakthrough for Sal, artistically and personally, but there's also a creeping sense that he's had the greatest experience of his life. And maybe this is me reading too much bio into the film, but I can't help but see the ending as somewhat sad, knowing that the book will turn out, and will define and animate a generation, and destroy this skinny little boy in the process. What's left unsaid at the end of The Adventures of Huckleberry Finn, after Huck declares his plans to light out to the territories, is that the territories are quickly disappearing--that, for the most part, over the horizon line is more water.


Bookshelf Home
Cinema Page
Posted by Bookshelf Blogs at 11:13 AM