When this thing hits 88 miles per hour, you're going to see some serious cinema 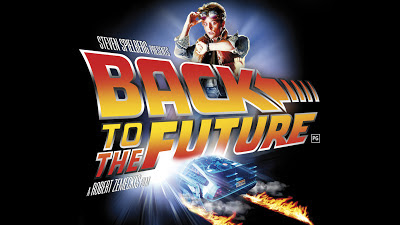 The votes are in. Episode three of Guelph Movie Club is Back to the Future (unless someone travels back in time and changes things). Thursday, March 28, we hop in the DeLorean and head back to the year 1955. So join Doc, Marty, and the rest of us, won't you? Everyone is welcome.

As usual, we hope you'll come early and stay late to share a pint (or a Pepsi Free) in the Green Room and talk movies. After the movie, you'll have a chance to cast your ballot for Episode five, so start thinking.

Till then, see you in the future (and at the movies),

p.s. Nominations for the April GMC movie are in from last night's raucous screening of The Big Lebowski. What a howl it was! The short list of five films will be up for voting shortly. Watch The Bookshelf Facebook and Twitter pages for more details!

Bookshelf Home
Cinema Page
Posted by Bookshelf Blogs at 5:33 AM