The Order of Irish Monks

"His voice was the elaborately casual voice of the tough guy in pictures. Pictures have made them all like that." 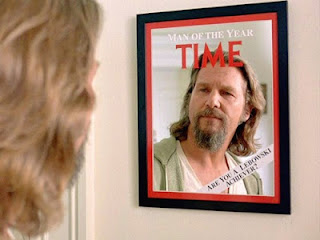 There's something going on in The Big Lebowski that I was unable to fully articulate until ten years after first seeing the thing, with the Coens' Burn After Reading. Briefly, the 2008 movie is about--amongst other threads--a pair of gym employees fumbling through the blackmail of a CIA agent after finding a computer disk containing his memoirs in the locker room. The movie's not the Coens' best, but it's very Coen-y and definitely worth a look. At work in Burn After Reading--maybe more overtly than the subtler presence in Lebowski--is the sense that the action is taking place in the real world--our world--and is being acted out by people who, finding themselves in an uncanny predicament, let fuzzy recollections of TV and movies--conscious or latent--guide them. In fact, the movie even makes a subtle-ish nod to North by Northwest, the Hitchcock classic about an ad man getting mistaken for for a secret agent and subsequently dragged into that very different world. However, Cary Grant adopts his new reality with a dash more dashing competence than either Frances McDormand or Brad Pitt do in the Coens' movie. 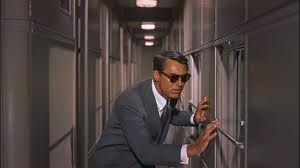 It's a postmodern quagmire. How do we respond in a genuine way when we find ourselves in a recognizably fictitious scenario? One of the scratchiest head scratches of our current relationship with reality is reality television. I watched the first season of Survivor and then a few episodes of the second. Or course all the contestants of the second season had been ardent fans of the first, and from the word go aped what they'd previously seen on TV. It's gotten so bad that now that contestants on these game shows communicate in a limited mash-up of well-worn phrases. It can't be anything but surreal for these people to find themselves living in and responding to a world both foreign and entirely recognizable. 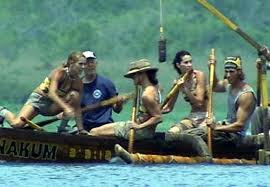 And so we have The Dude, hirsute and insouciant; by his own admittance, his career has "slowed down a bit lately." Tripped by a Hitchcockian case of mistaken identity, and a less-Hitchcockian instance of having his rug micturated upon, Lebowski is sicced on a tangle of millionaires, pornographers, artists, and nihilists. Or, to say it another way, El Duderino is pulled out of his real world and into a sort of inelegant film noir.

But how aware is The Dude of the structure of the structure he's found himself in? There's that point in the movie where The Dude finally confronts a tail he's spotted earlier, a squirt named Da Fino who's been hired by The Gundersons to find their daughter Fawn, AKA Bunny Lebowski. "I'm a brother shamus," Da Fino explains. "Brother Shamus?" The Dude questions, "Like an Irish monk?" This Private Snoop is maybe the most on-the-nose caricature, straight out of Chandler--or else he'd like to be--and The Dude seems to be in the dark about either his origins or influence. "I dig your work," Da Fino tells him. "Playing one side against the other, in bed with everybody. Fabulous stuff, man." To Da Fino, The Dude's bumbling and scrambling to get his rug back has taken on the sheen of "a dick." 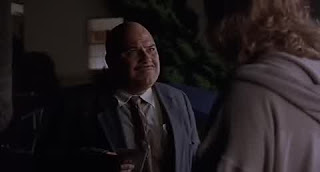 The movie is replete with real world people playing characters, pretending to be in their own personal movies: Jesus's lane machismo, Maude's affected and unrecognizable accent, Walter's heightened vet status and ultimate attempt to play the player. The result is a subtle tension in both the comedy and the story. Consider how often the flow of a movie plot is obstructed by a character's failure to complete the role of their role. Theodore Donald "Donny" Karabotsos is maybe the sole vein of unaffected realness in the movie. He's in the story, but not of the story. So it's apropos that Donny steals the end of the movie by SPOILER ALERT (jump to the next paragraph if you don't want to know a major plot point) dying of a heart attack during the final climax. This is not something that people do in movies. Sure, people are knocked out cold by a single blow, or die immediately from a gun shot, but never do they have heart attacks as a result of the clamor and clangor of a pretty basic showdown.

With all that being said, I don't even know how to factor in the fact that The Big Lebowski, for all its real/fictive chaffing, is story told by a drawly, mustachioed stranger who spends his nights drinking sarsaparilla at a bowling alley bar. 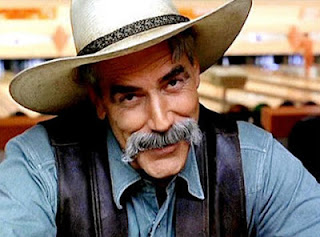 Posted by Bookshelf Blogs at 10:00 AM