"Most of us rig our own moral calculuses in such a way that our actions become automatically justified in accordance with our own wishes."

That's William T. Vollmann in Rising Up and Rising Down, his seven-volume essay on when violence is and isn't justified. It's fine that Vollmann's a prolific brainiac, and that RURD contains just about everyone who has ever thought about violence, but the four-eyed Vollmann has also spent much of his career clad in Kevlar. As eyes in a gallimaufry of war zones, Vollmann's borne witness to more atrocity than I think any of us would like to admit exists in the world. The starting pistol for his critical and active interest would seem to begin in the early 80s when he--white, young, and out of shape--went to Afghanistan and attempted to join an American-funded Taliban that was then pitted against the Soviets. "They were my heroes," he says of the mujahedin, "I’ve never met anyone who was so serenely confident of doing the right thing, so willing to sacrifice his life for his homeland, so brave and so disciplined. The case of Afghanistan vs. the Soviet Union is the clearest case of good against evil that I’ve seen in my lifetime. I thought it was terrific the way they got their country back. I’m deeply saddened by the fact we stopped helping them once we got what we wanted, which was for them to be a thorn in the Russians’ side. I feel like we sort of let them down." 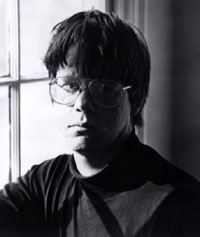 Early on, assembling his moral calculus, Vollmann sets down seven points, some "Reasons To Do Harm." The first is "What you've done (You've physically attacked me)." Here's the rest: "What you are," "What you haven't done," "Whom you associate with," "What you might do," "What you are," and "The fact that you are." Most of the reasons stem from the first, from this notion of provocation. Of course, if what someone's done to you was provoked by something you've done to them, then we begin to see why an essay on violence, and all the moral "rigging" we smart monkeys are capable of, might consume seven books.

Zero Dark Thirty is a tricky flick, especially so because of its seeming simplicity. Based on "first hand accounts of actual events," it presents the search for and killing of Osama bin Laden. There are three acts to this search. First, the use of torture to extract information in the aftermath of 9/11. Next, the bureaucratic morass combined with daily on-the-ground struggle in Afghanistan. Finally, there's the establishment of bin Laden's possible whereabouts and the subsequent deployment and killing. Director Kathryn Bigelow presents this process with the sort of moral ambiguity that really charged her previous film, The Hurt Locker. That film's interest was mostly psychological, examining the type of character able to excel and live with modern warfare. ZDT has created a molehill of controversy, because it presents no clear opinion on its subject. Most detractors' opinions of the film's opinion have much to do with their own agendas. Does it condemn or celebrate the use of torture? And what kind of math is the film doing when torture and bribery equals the murder of an unarmed man? And where do we, the viewers--politicized or not--locate ourselves when the characters, the agents of these actions, hardly voice an opinion. Because, subject matter aside, ZDT is mostly about people doing their jobs. Duty trumps morality. 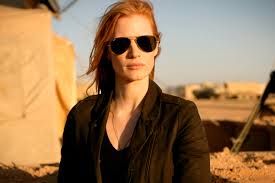 President Obama's declaration of bin Laden's murder turned out to be something of a litmus strip. To some, the slaying was nothing less than triumphant; an eye for an eye. (The fact that bin Laden was shot through the eye comes close to turning the situation into a pun.) For others, the actions reeked of barbarism; very un-Obama. In some ways, the only wrong opinion was no opinion. Another line of Vollmann's comes to mind, vaguely recollected: you may not care about politics, but politics care about you.

Is ZDT political? Or is it about people so entrenched in a task that the larger implications get obfuscated? And if that's the case, then what's the greater implication?

In exploring when violence for the purposes of vengeance is just, Vollmann declares, "Deterrence, retribution and revenge must all be didactic to accomplish their ends." He then goes on to compare the public executions by Pancho Villa and the private ones of Stalin. I can recall a great discomfort accompanying the murder of bin Laden. It was great that it was done, but it had been done secretly, performed by a team of people that must remain unknown, and after all the body got tossed overboard. Regardless of any intrinsic political view, ZDT portrays a protracted, difficult act of vengeance. As a reenactment, the film amounts to a public execution. Never mind whether that settles hackles or raises them.

Maybe I want Zero Dark Thirty to have an articulate opinion of its content. Maybe it's what I've come to expect. Political greyness mostly vanished after 9/11. What's that catchphrase? "If you're not outraged, you're not paying attention." On both left and right, though, discourse has been replaced by outrage. If there was a tangible intention in Bigelow's film, a firm stance, then I could talk against it, or stand up to it, calibrate my morality against its own. Instead, it leaves me alone to puzzle through my own math problems.

Posted by Bookshelf Blogs at 10:29 AM